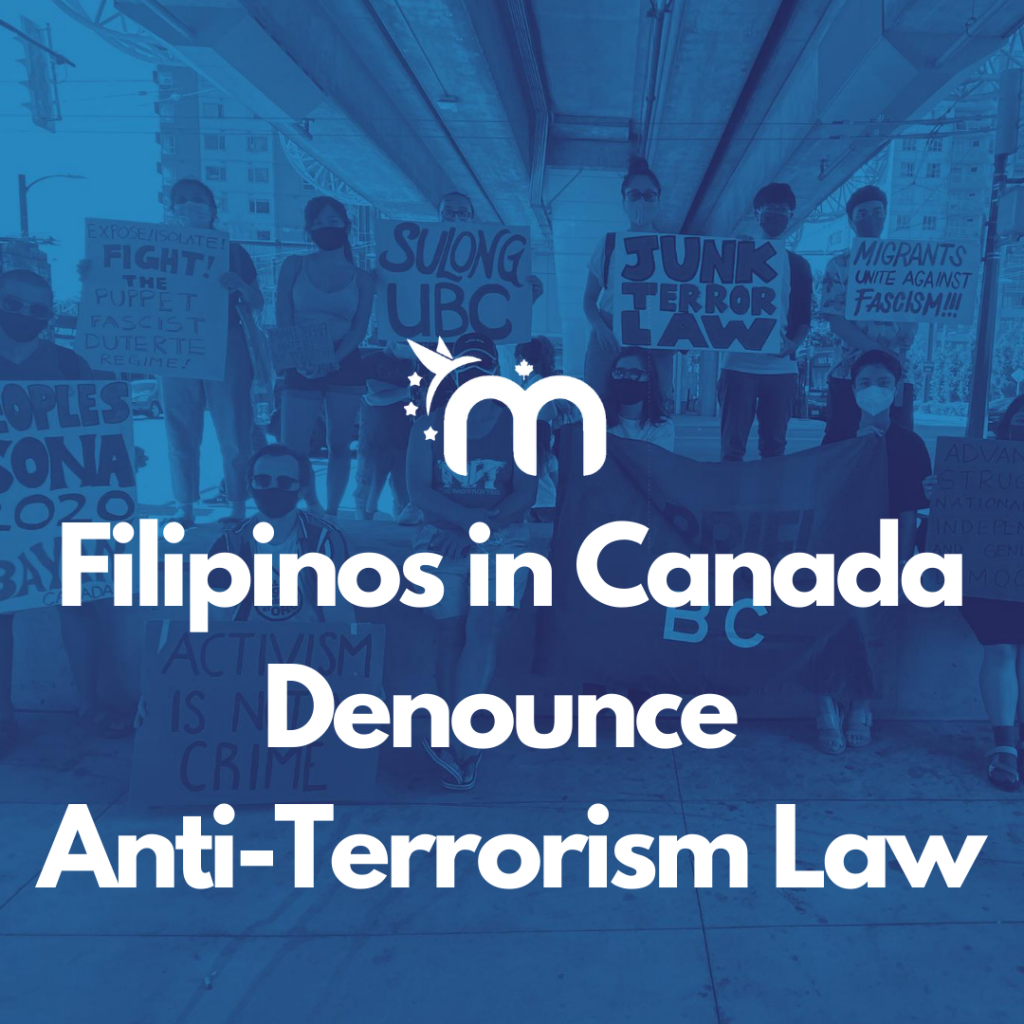 Malaya Movement Canada expresses its opposition to the newly approved version of the Human Security Act of 2007 also known as Senate Bill 1083 or the Anti-Terrorism Law, authored and sponsored by Senator Panfilo Lacson. This anti-terrorism bill is designed to bring a chilling effect and serve as harassment to dissenters, activists and rights defenders and advocates.