The Filipino People Did Not Elect the Marcos-Duterte Tandem. The Elections Were Stolen!

In the weeks leading to the elections, huge numbers of people, all across the Philippines, through their own efforts have attended rallies in support of the Robredo-Pangilinan ticket. The millions of participants have done so out of their own pockets. The Marcos-Duterte Tandem, despite their reliance on paying people to come to their rallies, could not match these numbers and enthusiasm, even in the Ilocos stronghold of the Marcoses.

There should be no doubt that the Filipino people have chosen Robredo and Pangilinan. Marcos and Duterte have relied on their control of the Supreme Court and the Commission on Elections, stacked as these are by the appointees of their fathers; the systematic rewriting of textbooks to falsify history and whitewash the crimes of the Marcoses; defective vote counting machines supplied by a Duterte crony; an army of social media trolls they’ve financed; voter disenfranchisement, vote buying, and intimidation; to engineer a massive operation “dagdag-bawas” (add-substract) to frustrate the will of the Filipino people and steal the elections.

This is part of a multi-decades long project by the Marcoses to return themselves to power, and to protect Rodrigo Duterte from the International Criminal Court for his crimes against humanity. They must be frustrated. The alternative is disaster for the Filipino people, and the Philippines. 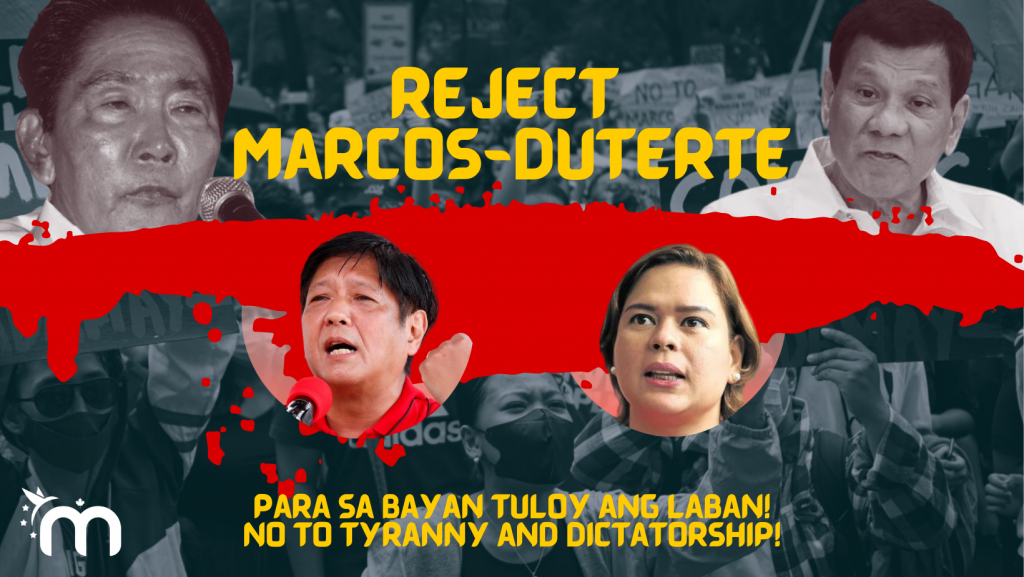